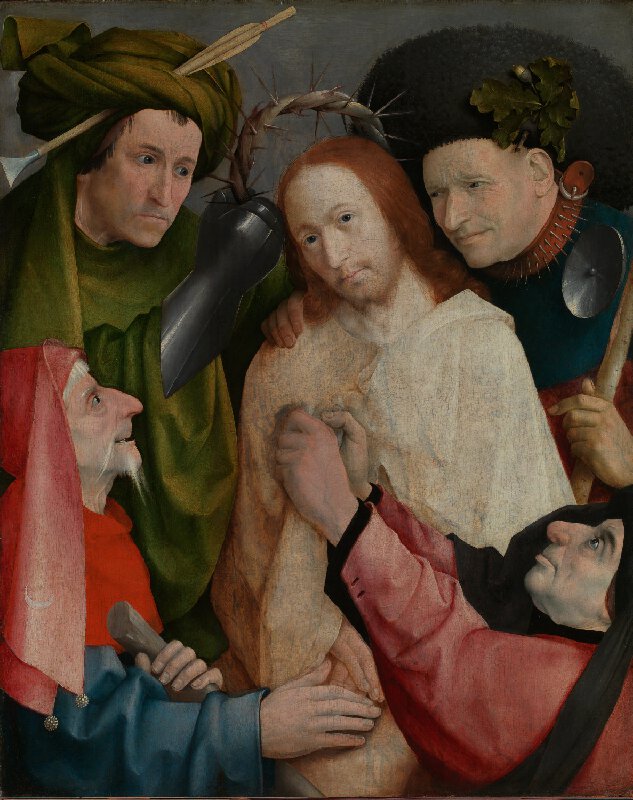 All who see me mock me;
they hurl insults, shaking their heads. […]
I am poured out like water,
and all my bones are out of joint.
My heart has turned to wax;
it has melted within me.
My mouth is dried up like a potsherd,
and my tongue sticks to the roof of my mouth;
you lay me in the dust of death.
Dogs surround me,
a pack of villains encircles me;
they pierce my hands and my feet.
All my bones are on display;
people stare and gloat over me.
They divide my clothes among them
and cast lots for my garment.
(Psalm 22:7, 14-18)

The pages of Church history are filled with the testimonies of those who took a stand for Christ, only to be rewarded cruelly by the world. In third century Carthage, a twenty-two-year-old woman and new mother from a prominent family was imprisoned for her faith. Her father begged her to offer sacrifices to the emperor that her life be spared. But, Perpetua, for that was her name, said, “Do you see this vase here…?” “Yes,” was her father’s reply. “Could it be called by any other name than what it is?” Perpetua further prodded. “No,” he replied. “…so too I cannot be called anything than what I am, a Christian.” Angered and agonized, her father departed. Perpetua was eventually stripped of her clothing and led into an arena with other Christian martyrs, as milk dripped from her breasts. The crowd, appalled at the site of a new mother in the arena, asked for her to be covered. A wild heifer stained her white tunic in her own blood, and a gladiator’s sword finished her off.

Like Perpetua, the Psalmist too was an innocent victim. He described his persecution as bulls and hounds surrounding him, lions roaring and ready to rend him to pieces, bones dislocated, heart melting, dry tongue clinging to his mouth, strength dried up. It was the same with Jesus. He was the innocent Lamb of God. His life was full of opposition from religious leaders, those in control, from all who were threatened by his teachings and radically un-worldly way of living.

Jesus said to his disciples on the night he was betrayed, “In this world you will have trouble. But take heart! I have overcome the world (John 16:33b).” May we never cease from doing good. May our light not be darkened. Let our faith not be lukewarm, less he spit us out (Revelation 3:16). Rather, let us be willing to join the cast of those who have gone before us: prophets and apostles, reformers and forever refugees in this world. Let us join the likes of Martin Luther, John Huss, Dietrich Bonhoeffer, Martin Luther King Jr., but to name a few. And in the moments of dereliction, may we have the faith to say, “Do not abandon me, for trouble is near and there is no one to help (cp. Psalm 138:8). No one to help, but you.”