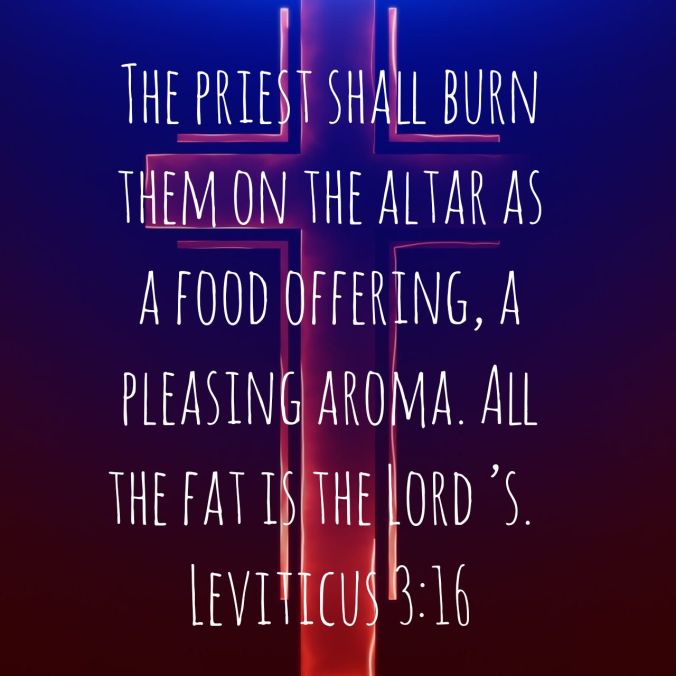 The Hebrew word for “peace” surpasses most notions of peace today. Some think of peace as the absence of political or international conflict. Others of the absence of pain or presence of tranquility. Some think of relational harmony. The Hebrew concept of peace includes these things, but it goes further. It includes health, wealth, joy, and wholeness. But there is more. The peace that makes all other peace possible is God’s peace established between God and humans.

Peace comes through God’s provision. God made peace with Israel by redeeming them from slavery in Egypt, giving them the covenant commands, and instituting a sacrificial system. The rules he gave showed the pathway to peace. The sacrificial system atoned for their sinfulness, making peace with God possible.

Not surprisingly, God instituted a specific sacrifice to celebrate the peace he made between himself and Israel. The Peace Offering (Leviticus 3) symbolically portrayed a meal shared by the worshiper’s family, the priests, and God himself. While part of the animal was sacrificed on the altar, representing God’s symbolic consumption of the food, the remainder went to the priest and the worshiper’s family. The worshiper offered it when God’s peace manifested itself in a memorable way. A peace offering was a big deal. Think Thanksgiving or Christmas family dinner.

Unfortuitely, Israel broke God’s covenant commands and abused the sacrificial system. Though, at times, they went through the motions, their hearts were not in it. A greater Peace Offering was needed.

That offering came that first Christmas night, “Glory to God in the highest, and on earth peace to those on whom his favor rest (Luke 2:14).” This was unusual news. There was no peace that night. A pregnant woman was forced to give birth in a manger. A Jewish nation was under Roman oppression. A Caesar was plotting blood. Yet, peace had come, not because of the events on the world stage but the event on God’s stage. The infant born was the ultimate Peace Offering. The Apostle would say, “…since we have been justified through faith, we have peace with God through our Lord Jesus Christ (Romans 5:1).”

The shepherds, who heard that Christmas message, got peace-making right. As soon as they heard it, “They spread the word concerning what had been told them about the child (Luke 2:17).” If you want more peace in this world, tell others about God’s peace. The more people who receive this peace, the more peaceful the world will be.