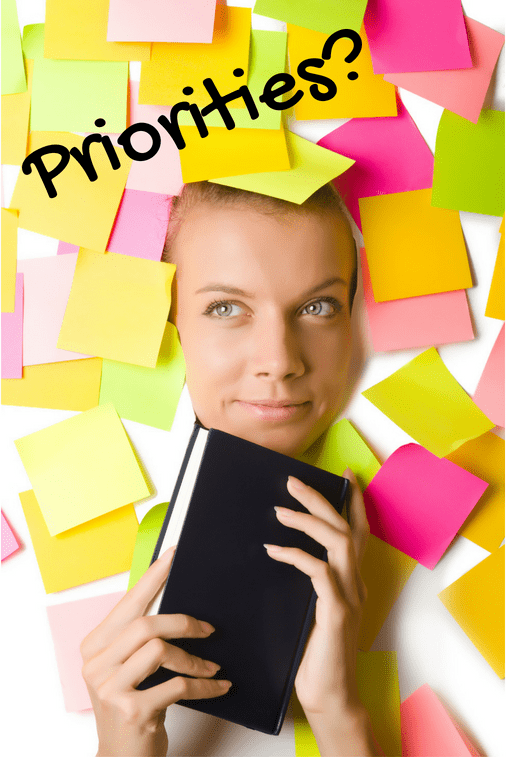 Take a piece of paper and write down three big picture priorities you have for your life. By “priorities” I mean those things that are more important and worthy of your resources than other things. By “big picture” I mean the grander things that you hope to be part of your legacy. These priorities could be related to family, career, church ministry, community or civil engagement, or some other area of your life.

The post-exilic Jews in Jerusalem in the sixth century B.C. had allowed their big picture priority to be swallowed up by other concerns. The Temple in Jerusalem had been destroyed in 586 B.C., at the time the Babylonians conquered Jerusalem and deported most of its citizens. When the Persians conquered the Babylonians, there was not only a change of power in the Middle East but also a change in policy. The king of Persia allowed many of the deported Israelites to return to Jerusalem to rebuild the Temple (Ezra 1:1-4). In about 538 B.C. nearly 50,000 Jews returned to Jerusalem for this work. Yet, by 520 B.C., the Temple remained desolate. “These people say, ‘the time, the time has not yet come to build the House (Haggai 1:2),’” said the prophet Haggai. He went on, “Is it a time for you yourselves to be living in your paneled houses, while the House remains desolate (Haggai 1:4)?” The phrase “paneled houses” probably refers to the final stage of the building process rather than opulence. The people had been so consumed with their everyday affairs, they had neglected the very reason they traveled to the city.

The Lord sends Haggai to encourage the people to realign their priorities. His call is not only for them but for us as well. We may not be called to commence a Temple building project, but we are called to build up God’s Kingdom. The Lord says through the prophet that by commencing the building project, God would take pleasure in it and be glorified (Haggai 1:8). We were designed to glorify God and enjoy him forever. Pastor and writer John Piper says, “[God’s] goal is the gladness of his people because God is most glorified in us when we are most satisfied in him.” When we make God’s priorities our priorities, our souls are satisfied at the deepest level, because we are doing the very things we were created for.

Read the three priorities you just wrote down. How might you rewrite them to better align with God’s grander vision to be glorified?